TORONTO, May 18, 2022 – Corus and the The Banff World Media Festival are pleased to announce the recipients of this year’s Corus Apprentice Program: Young Adult Scripted. The focus of this year’s program was to seek out aspiring writers from underrepresented communities interested in young adult live-action television scripting. The 2022 cohort will receive:


“We received a record number of submissions for the Corus Apprentice Program this year which speaks to the growing popularity of the young adult genre on both linear and streaming platforms,” said Colin Bohm, Executive Vice President, Content and Corporate Strategy, Corus Entertainment. “By providing meaningful opportunities to advance fresh new voices from underrepresented communities into writer’s rooms, we are committed to growing the talent pipeline and nurture authenticity in storytelling.” 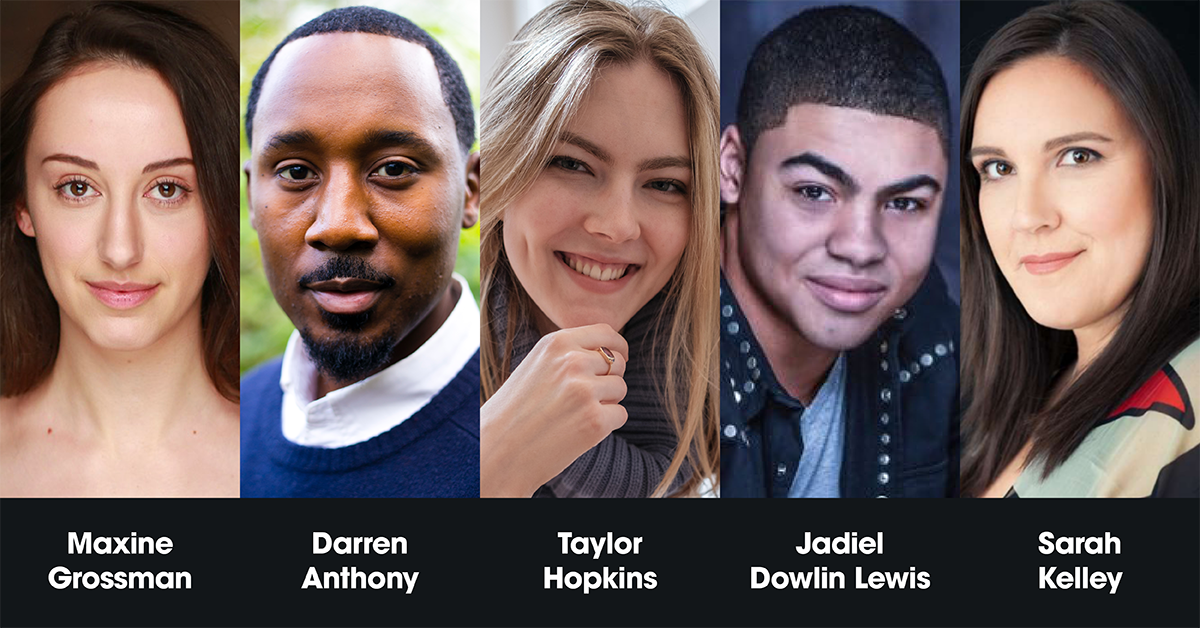 Darren is a playwright and screenwriter based in Toronto, Canada. His first critically-acclaimed play, Secrets of a Black Boy, launched with a sold-out run at the Music Hall. After touring around the United States, its final run was presented on the main stage at Theatre Passe Muraille. Darren is currently working to adapt Secrets of a Black Boy into a feature film. Darren won the 2019 Telefilm Canada New Voices Award, in partnership with the Toronto Screenwriting Conference, for his ½-hour family sitcom, Dwayne Has Issues. The series was also selected for development through the NSI Totally Television Program 2020, making it to the program’s highly-coveted final phase. More recently, Darren was a writer in the room for the new CTV/Roku series Children Ruin Everything created by Emmy-winner Kurt Smeaton. In 2020, Darren was named one of Playback’s 10 To Watch.

Jadiel's career as an Emmy-nominated actor (on Amazon Prime, Nickelodeon, Netflix, PBS Kids) sparked a passion to create genre-driven Film & TV that’s irresistible B.A.I.T. (Bold Authentic Illuminating Thrilling).Jadiel’s penchant for creating captivating socially aware stories that are rich with culture stems from his Afro Latino heritage, fluency in Spanish, and travels to dozens of countries. At 22, he’s one of the youngest WGC members, and has several projects in development with notable producers, studios, and networks. He was awarded Toronto Metropolitan University's President’s Entrance “full ride” Scholarship for a bachelor’s in Philosophy & Film Studies and has written for Cartoon Network and TVO Kids. The Hollywood Reporter named him as “One of Canada's Rising Stars,” and Playback listed him as one of Canada’s Top 10 Talent to Watch in 2021. Through his producer label, Istmo Productions, he's thrilled to be the first youth to enact inclusive change as a board member on the Youth Media Alliance.

Maxine is a Queer Writer, Actor, and Comedian from Toronto, Canada. She graduated from Toronto Metropolitan University’s RTA School of Media in 2018, writing and acting all through the four-year program (which she completed in three), along with the coveted RTA in L.A. program. She then wrapped up her education with a development internship at Fabrik Entertainment in Los Angeles. In recent years, two of her scripts placed as Quarterfinalists in the ScreenCraft TV Pilot Competition (2021), she was a selection for the Women on Screen Web Series Incubator (2019) and FEM Script Lab (2019), and was a finalist for the Magee TV Diverse Screenwriters Award (2018 & 2019). Maxine also performs stand-up comedy around Toronto at Second City, Absolute Comedy, Comedy Bar, The Rivoli, and more. She currently works as a Production Coordinator at eOne in Toronto.

Taylor is a multimedia storyteller with an interest in lost souls, found families, and our collective search for meaning. A pandemic-era graduate of Toronto Metropolitan (formerly Ryerson) University’s RTA School of Media in 2021, she decided not to miss a beat on her journey as a writer. With an urge to dive deeper into the craft, she was selected as part of the inaugural class of TMU’s Scriptwriting & Story Design MFA program. She previously worked as a development assistant for writer/director Audrey Cummings’ production company, Narrow Edge Productions Inc. In the fourth grade, she won the first round of her school’s public speaking competition with a speech about television. TV has always been a way she connected with her family, and she hopes to create content that brings people together.

Sarah Kelley is an Indigenous filmmaker, writer and actress from the Algonquins of Pikwakanagan nation in Golden Lake, ON. She has 12 years’ experience in the film industry with credits on Arrow (Season 5), Kayak to Klemtu (2017) for which she was nominated by the American Indian Film Festival (AIFF) for Best Supporting Lead, and The Unforgivable (2021). In 2017, she was selected for the Women in Film and TV (WIFTV) Tricksters and Writers Program; an Indigenous writing and mentorship program, where she created and wrote her first tv pilot. In 2019, she won the WIFTV Banff World Media Festival Scholarship which awarded her a full delegate pass to attend the 2019 Banff World Media Festival. As part of the program, she was assigned Elizabeth Schofield from Omnifilm Entertainment as a mentor. In that same year, she was selected for the Indigenous Filmmaker Fellowship with Whistler Film Festival for her short film Good Grief and in 2020, she was picked as one of the top 25 participants with Banff World Media Festival in their Netflix Diversity of Voices pitch program. In March 2021, she produced her short film, Good Grief and in April she graduated from the Pacific Screenwriting Program, Scripted Series Lab working with Showrunner Will Pascoe (Absentia). Sarah lives in Vancouver, is a mother to an 8-year-old boy and works as an Education Assistant.