Forty-one years ago, the Banff World Media Festival (BANFF) began as an intimate space where unparalleled access, creative inspiration, and expert insight combined to launch fresh content and new business strategies. Today, BANFF is all of that and more; a must-attend international marketplace where media moguls, producers, creatives and industry stakeholders along with some of the world's largest broadcasters and digital media companies tackle issues and trends, forge relationships and nurture partnerships in one of the world's most stunning landscapes. The Festival features keynotes from industry leaders, topical panel discussions, master classes from leading-edge shows and unique networking opportunities that all come together for an immersive experience. With over 25,000 meetings taking place over the 4-day Festival, BANFF is an ignition point for collaboration, new development and co-production.

From May to September 2020, BANFF’s Virtual Edition will feature an inspiring schedule of interactive video sessions & online networking events. The Canadian and global entertainment industries have been hard-hit by the economic effects of the COVID-19 pandemic. As such, and with the support of our Grand Patrons and partners, we are offering the majority of the festival’s programming plus basic access on our proprietary BANFFXchange networking platform free of charge to the industry with a Virtual Pass. Curated and exclusive business opportunities including interactive sessions and one-on-one virtual meetings with the world’s top studio and streaming executives, agents, distributors and network buyers as well as premium access on BANFFXchange can be accessed with a Virtual + Networking Pass for just $250. 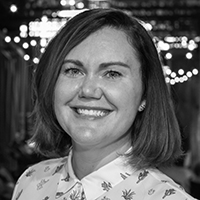